Great wine doesn’t just happen, it requires talented, knowledgeable, and experienced people. From winemaking & vineyard management to sales & customer service and everything in between, our team is made up of passionate and talented people, dedicated to giving their best. 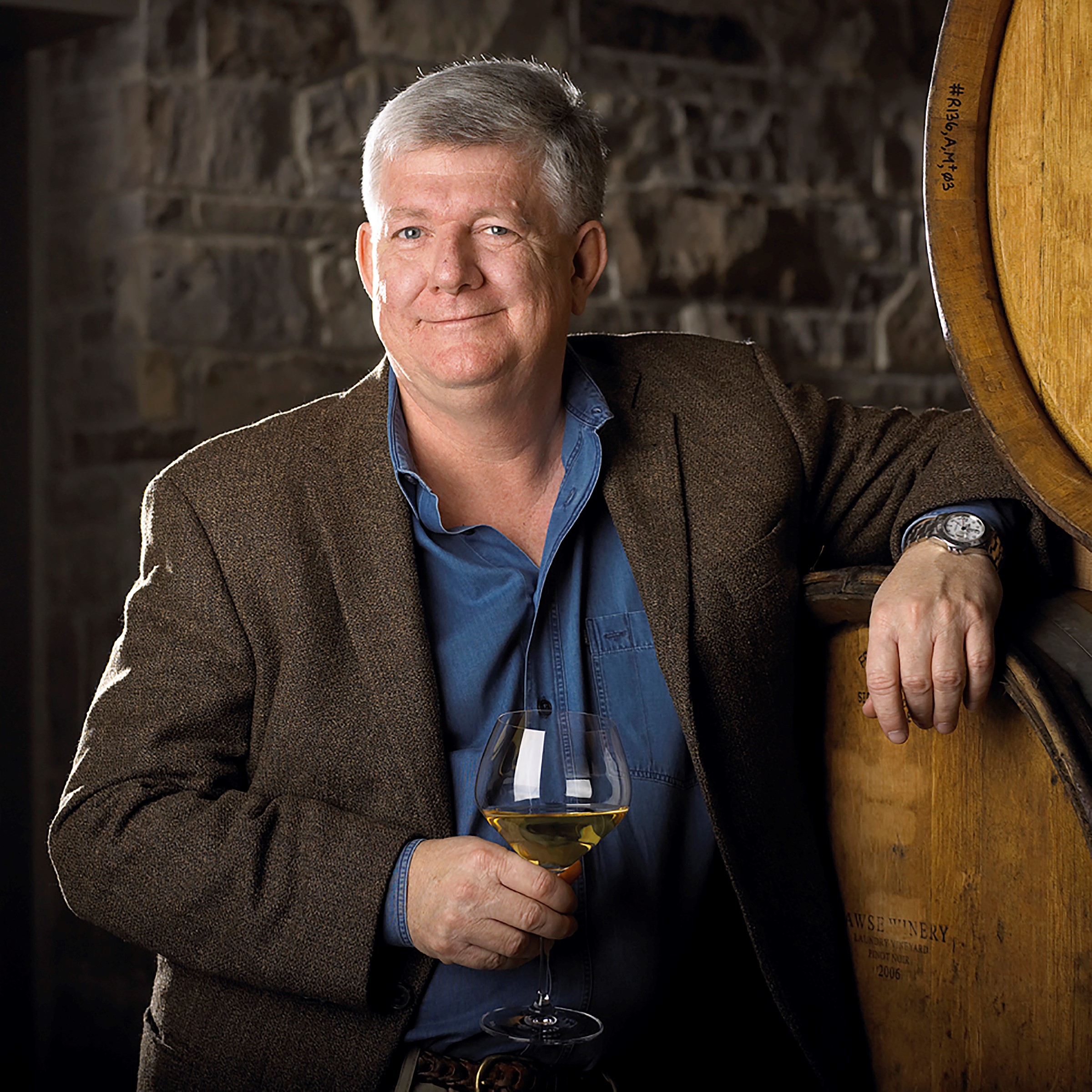 A financier by trade – he is the vice president and co-founder of First National – as well as a lifelong lover of wine, Moray Tawse could also be called a terroir collector.

After realizing the potential of winemaking in Niagara, Moray purchased his first 6 acres of vineyard in 2000. In 2005 he opened Tawse, the winery that bears his family name. Today, having acquired over 200 acres and being named Canadian Winery of the year in 2010, 2011, 2012 and 2016, Tawse Winery now produces 30,000 cases of wine and has one of the largest portfolios of organic wines in the Niagara region.

Not one to rest on his laurels, Moray also secured vineyards in his beloved Burgundy and founded Marchand-Tawse, his project with acclaimed consulting winemaker Pascal Marchand. Finally, 2015 saw the much anticipated opening of Redstone, the newest addition to his portfolio and his second project on the Niagara Escarpment.

Jess has been enthralled by the world of wine since a very young age; at seventeen she completed her first vintage for her high school placement. After graduating from Niagara College’s Winery & VIticulture program in 2011, Jess took her skills abroad where she took part in a harvest in South Australia and in Tasmania the following year, with a Canadian vintage in between for good measure. Her passion for cool climate wines brought her back to Niagara, and it was not long before she joined the Tawse team to perform all of the laboratory analysis required to make delicious Bench wines.

After working closely with the winemakers for over four years, Jess took on the Assistant Winemaker role in 2018, and shortly after became Distiller as part of the team that pioneered the new spirits program at Tawse. In 2020, Jess assumed the role of Winemaker for Tawse & Redstone Wineries. As the leader of our of winemaking team, Jess brings her talent, knowledge and passion to the wines we produce, as well as her vision for the future of Tawse & Redstone Wineries. 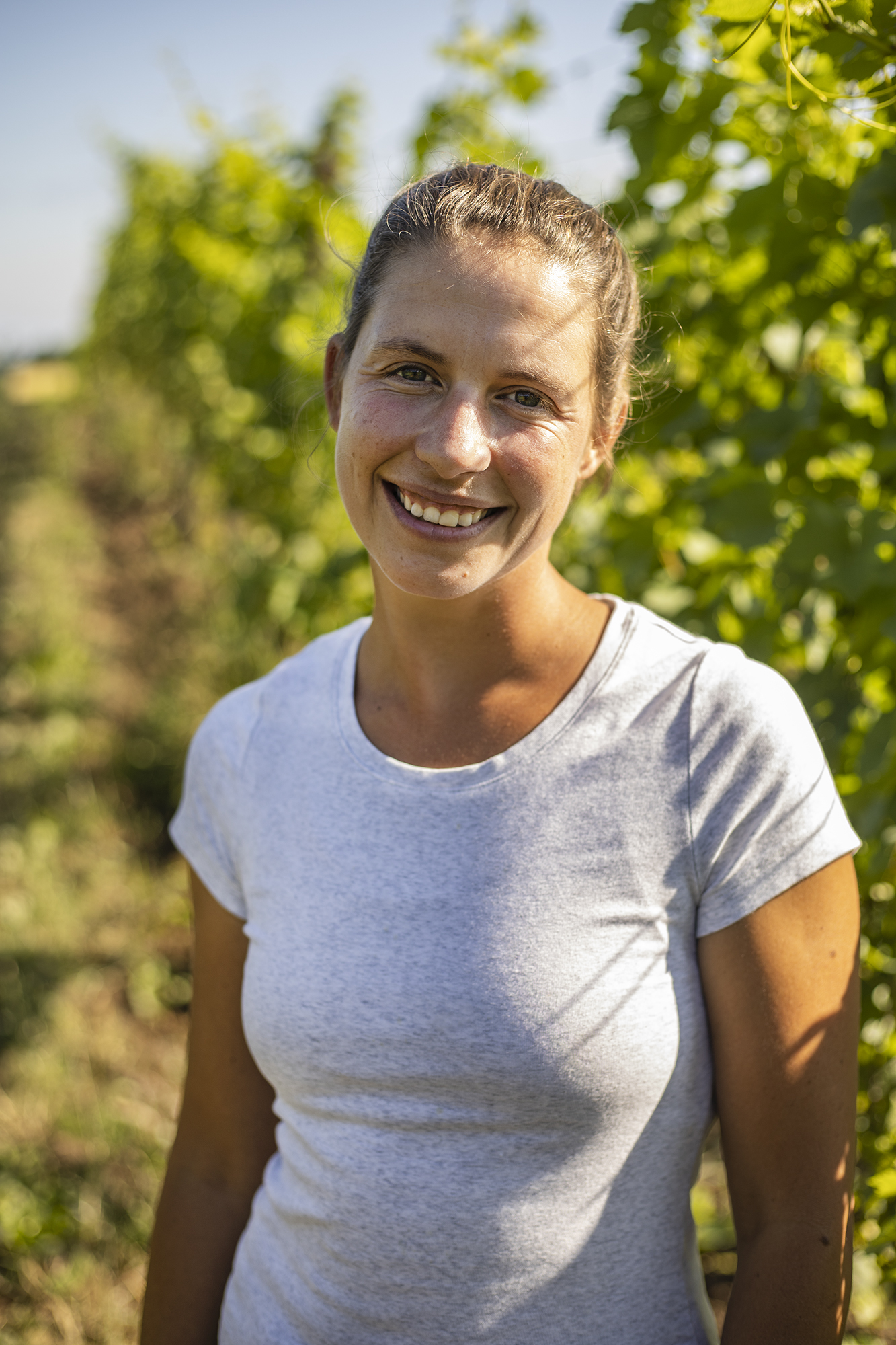 Augusta has worked in the industry for most of her life, having started working in the vineyards in Prince Edward County at the young age of 13. She eventually enrolled at Niagara College, and initially worked at Tawse for her practicum in 2009. After a few years of travelling working in vineyards in Germany and Nova Scotia, Augusta returned to Niagara.

Luckily for us she also returned to Tawse & Redstone Wineries, and started working as our Assistant Winemaker in 2013. However, her true passion for growing grapes led her back to the vineyard in 2018. After years of hard work and dedication, including tirelessly raising and caring for the numerous animals living on the farm at both Tawse and Redstone, we are proud to now have Augusta as our Vineyard Manager. 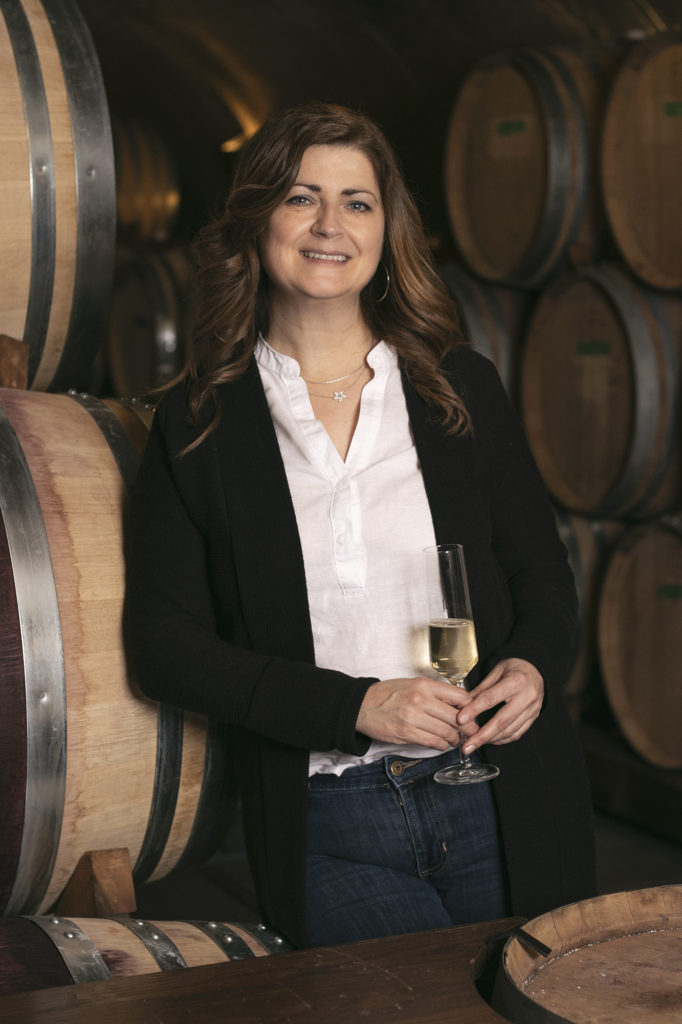 Growing up in St. Catharines Vicki was captivated by the growth and success of the Niagara Wine Industry. Deciding to pursue her passion – wine, Vicki left the Environmental Management field to take a part-time Tasting Bar job. This fueled her desire to learn more about wine and the Niagara Wine industry and now is an honours’ graduate of the Wine Business Management Program from Niagara College and has her WSET Level 3 Certification in Wine.

Joining Tawse retail in 2013, she was thrilled to be part of such a successful and dynamic team. Vicki was an integral part of the planning and opening of sister Winery Redstone in 2015. Today, she now oversees Direct to Consumer Sales, Marketing and Hospitality operations at both Tawse and Redstone Wineries. Vicki takes great pleasure in leading her team of talented and knowledgeable wine professionals as they strive to provide best in class experiences that Tawse Winery is known for. 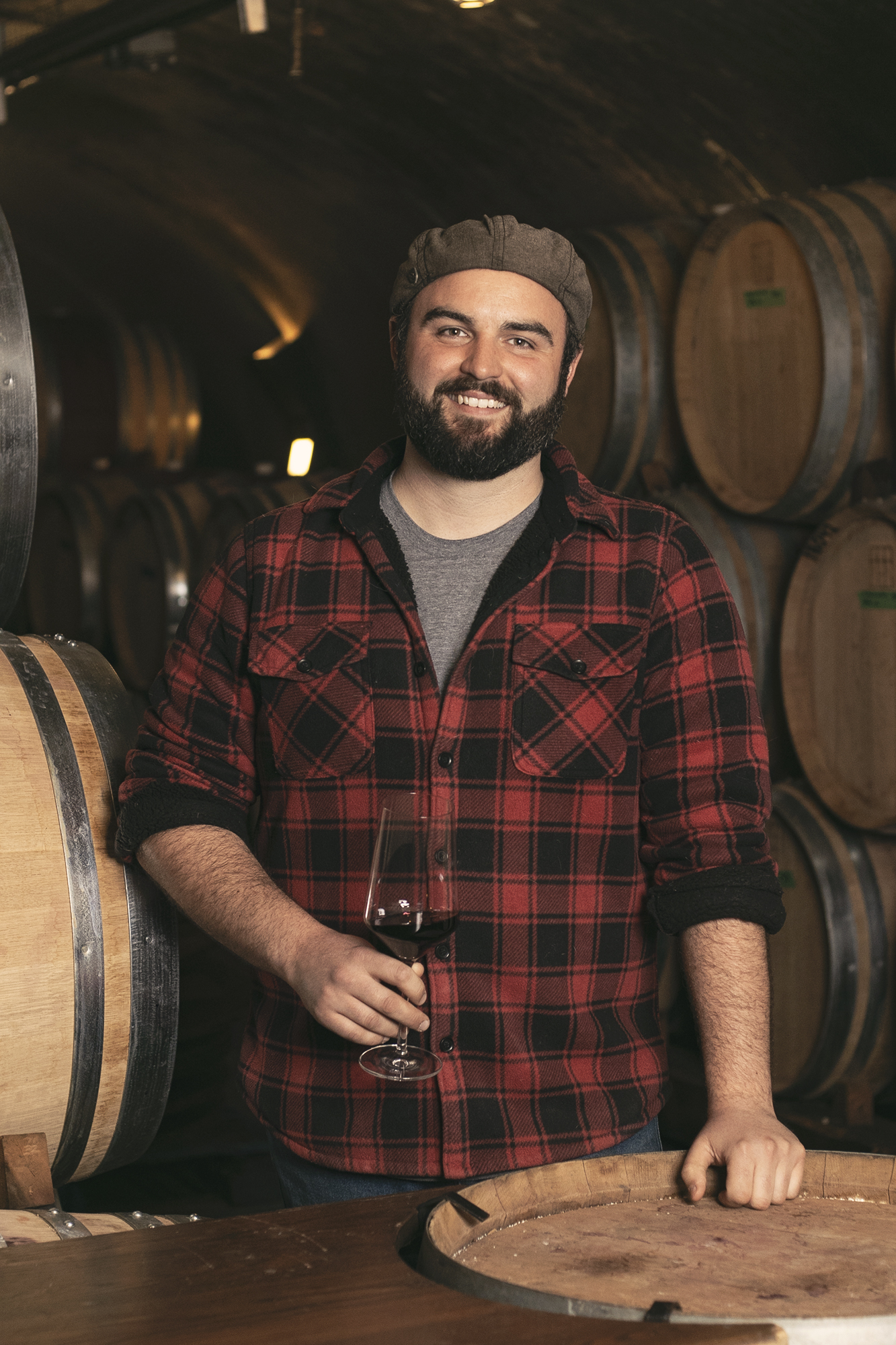 Devin joined the Tawse & Redstone production team as Assistant Winemaker in early 2019. Originally from Manitoulin Island, Devin followed the Niagara Escarpment south to more humid climates and has been making wine on the Bench Lands since 2014. Prior to finding his true calling and completing Niagara College’s Winery and Viticulture program, Devin attained a Bachelor of Science in Biology and an exceedingly relevant Master’s in Biomedical Technology.

Devin believes that anything that can be fermented probably should be and is excited to be helping craft the diverse portfolio of products at Tawse & Redstone Wineries. 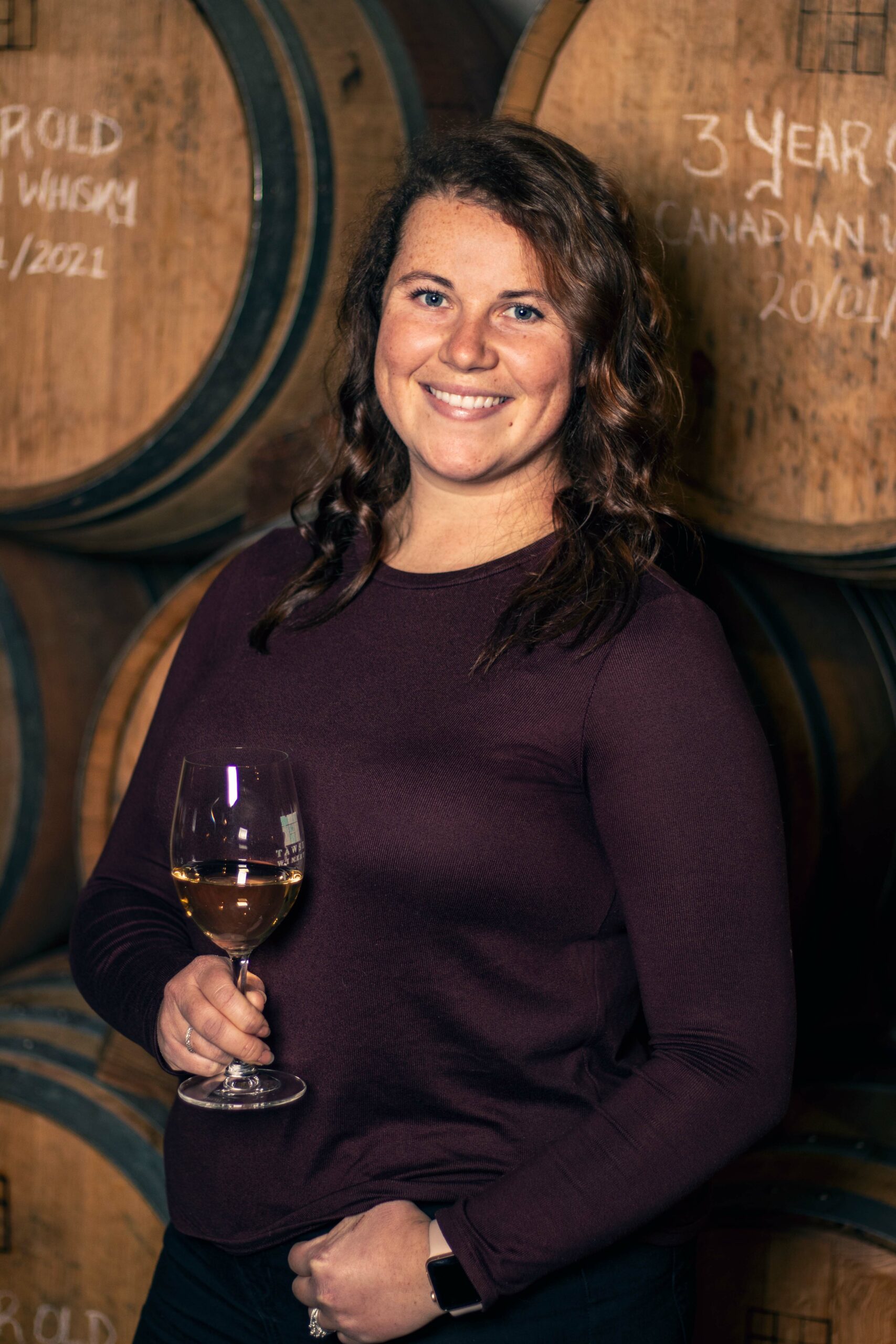 Jessica has always had a love for wine. After working in winery retail she moved into the production side of things, and during the 2018 Harvest she realized that a career in the wine industry is what she wanted to pursue in life.

With a background in Biochemistry and Microbiology, Jessica took on the role as Laboratory Technician at Tawse & Redstone Wineries in early 2019. Being in the lab allowed Jessica to observe and work closely with the winemaking team, and eventually she earned the role of Assistant Winemaker in 2021. Jessica is excited to further her knowledge of winemaking and even more excited to branch into the world of craft spirits. 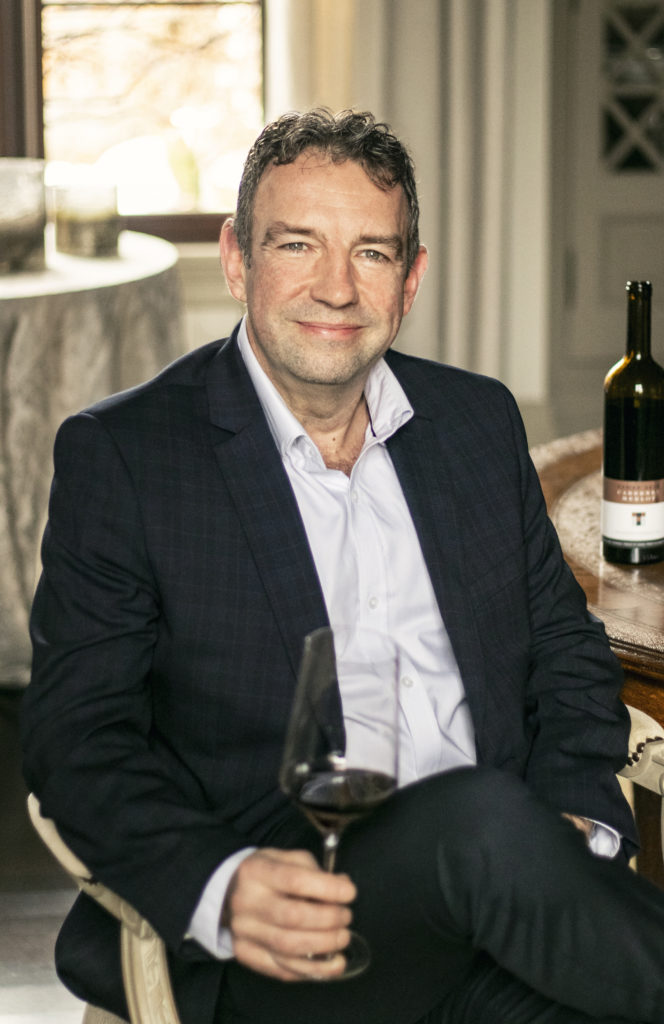 Daniel’s passion for wine evolved from his love of food. An avid cook since childhood, Daniel studied Marketing and Nutrition at Laval University and later became a professional culinary instructor. He then pursued his budding interest in wine to become a certified sommelier and went on to work at the LCBO for 6 years in a variety of positions including Product consultant and a Vintages writer. It is the prospect of a new challenge and the opportunity to work with a leading organic and biodynamic producer that brought Daniel to Tawse in 2008. In his role, he is responsible for driving Licensee, LCBO and Export sales.

Daniel’s keen palate was recognized this year as he was crowned “Grand Award winner” of the 2015 Wine Tasting Challenge!

Friday and Saturday
11am – 6pm